When did you start eating sushi? If you’re South African, not Japanese, and you only started eating sushi in the last 20 years or so, there’s a good chance that the next time you sit down at a Cape Town Fish Market sushi conveyor belt, or tuck into one of our sushi specials, you’ll pick some salmon sushi for your plate. It’s soft, textured, and delicious, so it seems like an obvious choice, right?

It wasn’t always that way. In fact, eating raw salmon used to be taboo in Japan. It just wasn’t done…until some enterprising Norwegians decided to change the way the world saw sushi.

This is that story, and it might surprise you.

Norway and the salmon problem

Back in the 1980s, Norway had problem: the Norwegian government was subsiding fishing. This effectively meant that they were paying people to fish. This was causing problems, and the Norwegian government was trying to reduce the fishing subsidies. But they couldn’t just take away the subsidies or lots of people in the fishing industry would be out of a job – and if you know Norway, you know that fishing is a big deal there.

But there was a way in which they could both reduce government subsidies and support the fishing industry – they could get other countries to buy more Norwegian fish, especially Norwegian salmon.

So Norway took a long look at a world map and they asked themselves, ‘Who eats a lot of fish?’ The answer? Japan. Sushi, right? They eat a lot of fish. This was also at the time when sushi was gaining global popularity, so the solution seemed clear: start selling Norwegian salmon to Japan for sushi.

Japan, a country very, very set in its ways

In 1985 the Norwegian government sent representatives to go to Japan and sell them on the idea of Norwegian salmon as a sushi fish. The answer they received? No. Just no. Impossible. Will never happen.

Now, you should know that Norwegian salmon is very different from Japanese salmon. It doesn’t carry any parasites and it’s perfectly safe to eat raw. The Norwegians tried to tell the Japanese this, but the Japanese just wouldn’t listen. It’s hard to change anyone’s traditions and tastes, and Japan is a very traditional country to start with, so the Norwegians’ pitch about salmon sushi hit a dead end everywhere they went.

However, the Japanese were happy to buy Norwegian salmon for grilling.

Instead of settling for this compromise, though, the Norwegians decided to keep trying to get salmon sushi onto the Japanese market. It might seem stubborn, but there was a method in the crazy Norwegians’ plan. Fish used for sushi has a higher value and is sold at a higher price than fish used for grilling, so even though they had all this extra salmon piling up, they would be sacrificing some serious profit if they settled for only selling it for grilling. The Norwegians knew that if they could just crack the Japanese sushi market, their salmon stocks would become a goldmine. 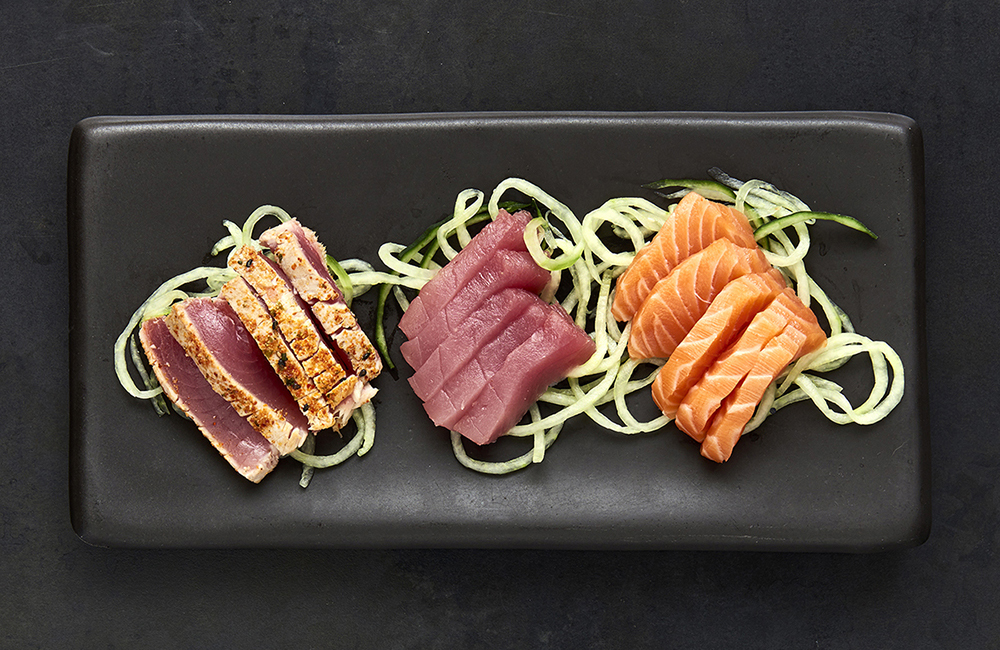 This went on for years. The Norwegians kept trying to convince Japanese fish companies to buy their salmon for sushi, and the Japanese kept saying no. None of them wanted to do it. After a while, the Norwegians were close to giving up. The Japanese just did not want to bite. They already had traditional sushi fish that people knew and trusted. And no matter how much money the Norwegians spent on advertising scenic landscapes and traditional fishing boats, they just couldn’t get the Japanese to trust raw salmon.

Eventually, in 1995, after very long negotiations, a Japanese company called Nichirei agreed to sell frozen salmon sushi as a project in supermarkets. It was small, but it was the breakthrough the Norwegians needed. They had made the first crack in the Japanese sushi market.

And it worked. The Japanese slowly began eating it, and no one got sick, and it tasted good, and kids liked it. Just a few years after that, Norwegian salmon was being sold in sushi restaurants across Japan. The Norwegians had done something no one thought possible.

Once salmon became a sushi staple in Japan, the rest of the world followed suit. Wherever sushi was introduced, Norwegian salmon was on the menu. It was a roaring success.

There are still some holdouts, though – even some Japanese sushi chefs who still refuse to eat salmon sushi. They’ll eat sea urchin, they’ll eat the poisonous blowfish that you need a special license to even prepare, but not salmon. Traditions are hard to change, but sometimes being willing to try new things can open up experiences you didn’t even know you’d enjoy.

Today, we take salmon sushi for granted. We imagine that it’s always been there, alongside tuna, or prawn. After all, it’s mild, soft and slightly fatty. It has this great, melt-in-your-mouth texture. But like many things we take for granted, it wasn’t always that way.

So next time you order some delicious, freshly-prepared Norwegian salmon sushi at your local Cape Town Fish Market, remember that every mouthful comes with a pretty fascinating story too.

The rest, as they say, is history.

*The Cape Town Fish Market would like to say a big thank you to the Planet Money podcast from NPR, whose episode on the Norwegian salmon industry inspired us to share this story with you. You can find out more about Planet Money at http://www.npr.org/sections/money/.