People are talking a lot about gluten these days, but what is it, why is it bad for certain people, and what makes a seafood restaurant the easiest place to go gluten-free? If you’ve ever been curious about gluten, our quick guide to how to go gluten-free will give you the knowledge you need to make the best dining choices for you and your family.

The simplest way to think about gluten is that it’s what gives bread its texture. If you’ve ever made bread, or watched it being made, you’ve seen gluten in action. It’s what makes the dough all sticky and elastic. It also makes bread rise, and gives it its chewiness. More technically, gluten is a mixture of proteins found in certain cereal grains – specifically wheat, but also oats, rye and barley and other wheat-related grains. This, of course, means it’s also in foods that use wheat and certain other grains as an ingredient.

For the vast majority of people, no, it’s fine. Most people digest gluten normally. If you’ve eaten bread and felt fine, you can handle gluten. However, a few people are gluten-intolerant or even allergic to wheat. This makes gluten important because so much of the food we eat contains gluten from wheat or other grains.

If your body rejects gluten, it usually takes one of two main forms: celiac disease and wheat allergies. Less common are people who don’t test positive for celiac disease, but nonetheless have a bad reaction to gluten.

Celiac disease is very rare, and it’s generally thought that less than 1% of the population is affected by it. A common misconception when it comes to celiac disease is that it’s gluten itself that’s the problem. Celiac disease, however, is an autoimmune disease, which is a class of diseases where the body’s own immune system starts attacking the body itself. In the case of celiac disease, the immune system is triggered by gluten, which it sees as a foreign invader. The immune system then goes into overdrive and starts attacking the body, specifically the gut. This results in abdominal pain and discomfort, often accompanied by fatigue, a bloated sensation, and vomiting, among other symptoms.

Experts are divided on whether gluten sensitivity or gluten intolerance is a legitimate condition, but this has not stopped a significant number of people who’ve tested negative for celiac disease from claiming to have a bad reaction to gluten. It is possible that the body can react negatively to gluten without a person suffering from the autoimmune component, but this diagnosis should be treated with caution. Gluten intolerance should be tested in controlled conditions to ensure there is not actually another factor causing the symptoms.

Join us for a delicious, gluten-free meal at Cape Town Fish Market

Eating out at restaurants can be a challenge when you’re trying to avoid gluten, but this doesn’t mean you have to resign yourself to eating at home. The first step to enjoying a gluten-free night out is in your choice of restaurant – and you can’t do better than seafood for great, gluten-free meals.

The second step is to think about what you eat at home when you look at the menu. Think about what you would cook for yourself, and find dishes that fit that description. At CTFM, with so many dishes based on naturally gluten-free ingredients like fish, meat and vegetables, it’s really easy. Lastly, whichever restaurant you’re at, make sure you communicate your dietary restrictions to your waiter or waitress. They’ll tell the kitchen and no gluten will be used in the preparation of your meal.

Some basic guidelines when going gluten-free are to avoid tempura or deep fried foods (say no to the onion rings, but yes to the seared salmon) and certain sauces. The simpler your meal, the less likely gluten is to sneak in as an ingredient.

And for the sushi lovers out there, you might be surprised to know that unlike many other grains, rice does not contain gluten, so you won’t need to think twice before ordering your next delicious set of salmon roses. 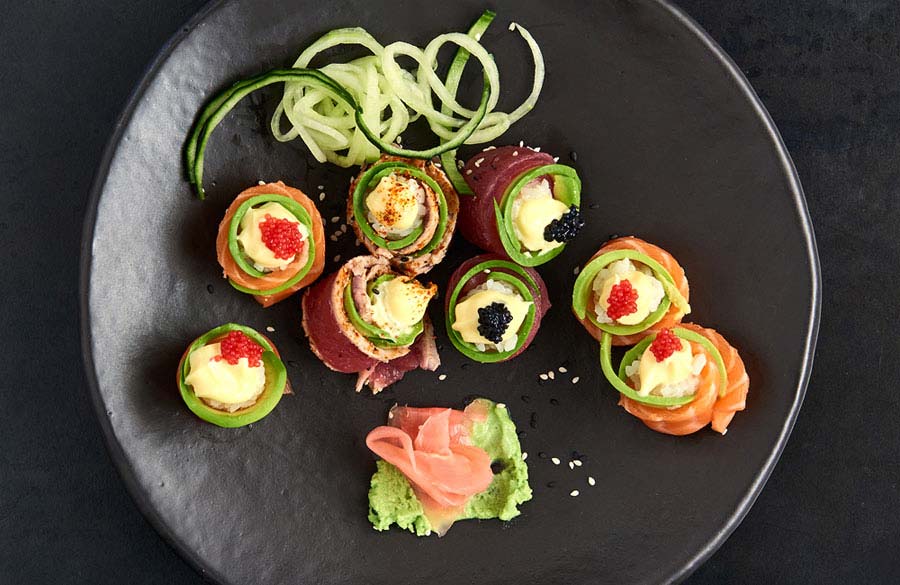 Here is a very basic breakdown of the kinds of food that contain gluten. This is not a complete list, and is just meant to give you an idea of what to think of if you’re concerned about gluten.

If you haven’t had any reaction to eating bread in the past, you don’t need to worry about gluten. But in addition to those who have celiac disease or are gluten-sensitive, there are many people who also believe that a gluten-free diet is generally healthier for you. Whatever you think about gluten, Cape Town Fish Market makes it simple and easy to go gluten-free.

So come and join us for some West Coast mussels, or maybe our teriyaki salmon? How about kingklip, crayfish, or prawns? If you’re feeling more turf than surf, you could sample our sirloin steak or stacked chicken? They all have something in common…they’re all delicious. And naturally gluten-free.